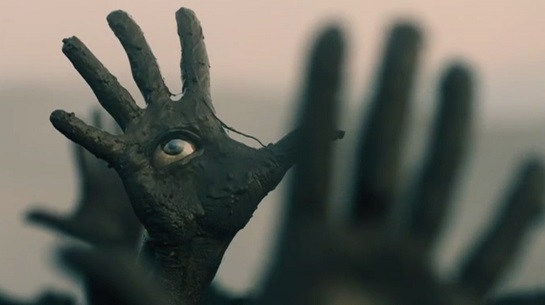 I won’t be watching next weeks, that’s for certain. My main problem is that the writing seems to have degenerated into the following;

Really, the best idea of the episode (and Hand Mines are a great idea, a proper horror filled episode based around them would have been brilliant) was just thrown away before the credits in favour of the Doctor playing a guitar just to set up a truly ancient joke, the return of a character that gets more annoying with every appearance and just more and more piled on top without any coherency or structure. Despite the fact that they were forever running the pacing felt atrocious, there wasn’t a moment when the preceding scene felt connected the following one, nothing hung together.

The characterisation is borderline schizophrenic, it feels like we’re watching episodes out of order as there’s no way of telling how the Doctor is going to act in a given episode as every episode he’s different. I can’t tell if this is part Capaldi’s fault or again just bad writing, but it’s quickly putting me off watching.

Looking back at the last series, the best episode (Flatline) had a single good idea and then stuck to it. It also wasn’t written by Moffat.

I think Doctor Who needs to take some time off, go away and think about itself for a bit and then come back after a break, it worked in 2005.