Have the wheels of the Marvel juggernaut finally begun to wobble? Avengers Age of Ultron (or AAoU) isn’t bad per se, but it feels closer to the Guardians of the Galaxy end of the quality spectrum than Winter Soldier. The Marvel standard plot points are all present (large object plummeting to earth in the finale, weak villain motivation and a desire to shoehorn in every shout out / set up possible) at the expense of everything that made the first film so much fun (witty characterisation, dialogue etc.,). That’s even before you note some of the dodgy politics creeping in (explained in spoilers).

Seriously, whoever thought that “Unable to have a child = Monster” was a message to include in a film like this needs having words with (as well as showing a map of the world, seriously the coast of Africa is a big place, maybe you need to pin point the location a little bit more). END_OF_DOCUMENT_TOKEN_TO_BE_REPLACED

Is there a longer, more nuanced cut of Marvels latest juggernaut? One that doesn’t sacrifice plot and characterisation for empty spectacle and a desire to set up a larger franchise? Guardians of the Galaxy isn’t Transformers / Sucker Punch bad, but it is a major disappointment given the likeable popcorn nature of Marvels previous film, uneven in tone and lacking in the charm that moved along the others. Whilst I’ve generally been able to forgive the minor problems with previous Marvel films, here they are too apparent in a move to create a marketing experience rather than a cohesive film.

END_OF_DOCUMENT_TOKEN_TO_BE_REPLACED

For the first hour of its running time, the somewhat inevitable Captain America sequel is not what you expect. For one, for a film based on the most square jawed of square jawed heroes appears to have the beginnings of a subversive streak. Secondly, the usual mismatched buddy aspect that has driven the other Marvel films of late is missing, replaced by something far sparkier (and a welcome relief from a more serious, down to ear,h plot). If it unfortunately slides into a more conventional Marvel pattern during the last half hour, it is at least more interesting in the manner in which it gets there. This isn’t top flight summer blockbuster territory (it doesn’t really explore any deeper issues then “big government is bad”), but it is solid entertainment.

END_OF_DOCUMENT_TOKEN_TO_BE_REPLACED

Thor’s back, but he’s pissed because someone’s forgotten the plot.

Okay that isn’t completely fair, but Thor: The Dark World (henceforth T:TDW) spends much of its slim running time getting by on the Hiddleston factor, using a hugely charismatic actor to do the emotional heavy lifting when there isn’t much else to do. The film noticeably improves whenever he’s on the screen, and the director realises that he’s both the star and the villain everyone wants to see, effectively reducing Christopher Ecclestone (clearly in “Cheque Please!” mode or being given very short shrift by the director) to a series of walk on cameos as he tries to progress the meagre plot.

END_OF_DOCUMENT_TOKEN_TO_BE_REPLACED

After the almighty travesty of celluloid that was Sucker Punch, Zack Snyder had to make some serious amends for me to begin to give Man of Steel the time. Slowly the adverts drew me in, the involvement of Nolan & Goyer on scripting & conception suggested this would be something different, something possibly worth the time. Whilst Man of Steel isn’t anywhere near perfect, it’s certainly a vast improvement over Sucker Punch and possibly his best film since he remade Dawn of the Dead.

END_OF_DOCUMENT_TOKEN_TO_BE_REPLACED 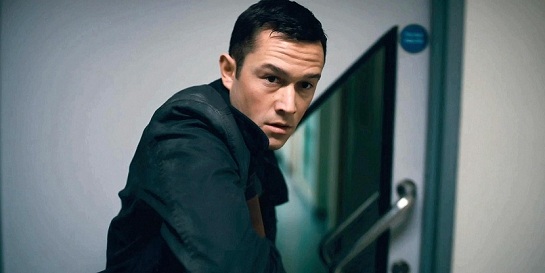 (There may be slight spoilers – you’ve been warned).

So, let’s get the inevitable aspect of this on the table to start with; The Dark Knight Rises is not as good as its predecessor – however, it remains a top flight summer blockbuster, the (minor) failings of which can perhaps be laid at the door of the scale of its ambition. In these days of the identikit summer blockbuster, tailored to tick every aspect of the possible audience demographic it feels odd to complain that a film tries to break the mould may not do so as comprehensively as it would like, that the sheer scale of what is being attempted may occasionally be too much, but this is the only complaint that can be levelled here. Sure, there are the requisite action sequences, the sheer aplomb of the effects – and no film based on a comic is ever going to stray too far into unknown territory – but below all of this Nolan seems to be trying to wrestle the most extreme logical conclusion to his Bat-trilogy, upping the sense of scale whilst remaining fixed within the universe of his construction. It’s a film that will probably reward a second viewing to decipher how well it holds together (as a film and as a trilogy), almost too much is happening to pick up all of the clues and references that I feel sure are littered throughout it on the first viewing. Nolan & Co. aren’t burning the franchise to the ground as they exit, rather closing it off for someone else to come along and make their mark on it in a few years – although whoever takes up that challenge is going to have to radically re-interpret it to stand a chance. There’s the sense that this is their last chance to play with this toy-box and they’re making sure every idea they’ve had gets its airing. The result is a success, and apart from The Hunger Games perhaps the only flagpole movie this year to actually try to inject a modicum of intelligence into the studio blockbuster.

END_OF_DOCUMENT_TOKEN_TO_BE_REPLACED

First out of the traps in the start of the traditional silly season, Avengers Assemble is pretty much everything you could want from a summer blockbuster – a snappy plot, enough characterisation to keep things interesting and plenty of spectacle. After a week of deliberation I’m not quite sure that it’s at the top of the game – but that’s only because the very top now needs something else – but it’s certainly snapping at the heels and a worthy contender in the summer stakes.

END_OF_DOCUMENT_TOKEN_TO_BE_REPLACED

Number two out of the Marvel traps this year sits somewhere between the fun of Iron Man and a glorified advertisement for the films to come – whilst it isn’t essential to have seen the other films there is a glaring sense that they’re trying to bring the universe together as a coherent whole with this one, and as such the shout outs to the other elements of the franchise can be seen everywhere.

END_OF_DOCUMENT_TOKEN_TO_BE_REPLACED

It’s summer again which once again means a glut of brainless genre sequels, each one designed to slowly suck the will to live out of the audience in an utterly depre…hold on, let’s not get ahead of ourselves.

END_OF_DOCUMENT_TOKEN_TO_BE_REPLACED

The Marvel Movie Machine continues apace with their latest attempt to dominate the summer movie market. Like Iron Man it pitches its idea around talent that we aren’t used to seeing in this context – in this case Kenneth Branagh – as a means of drawing in the crowds. Like Iron Man it is (at heart) silly, immensely enjoyable trash, but never pretends to be anything else.